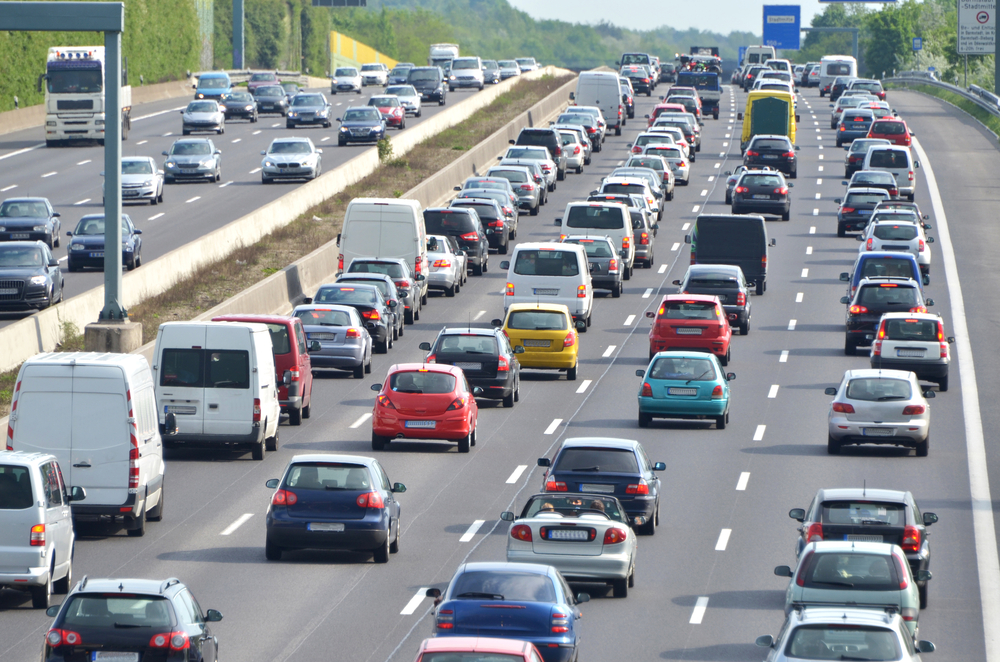 The Health Effects of Living near Major Roads

It’s easy to be distracted by annoying sounds or bothered by loud noises when you’re trying to focus. Perhaps the neighbors play their music way too loud when you’re trying to sleep, or your coworkers have loud conversations near your desk as you try to work. But beyond a little annoyance, some lost sleep, and maybe some diminished productivity, regular exposure to noise can actually cause significant health problems.

The U.S. Environmental Protection Agency (EPA) defines “noise” as “unwanted or disturbing sound,” and in fact the largest contributor to “noise pollution” is transportation noise. Most people don’t think about the sounds around them since they aren’t visible, but you’d probably be surprised and even shocked to know that noise pollution can be as damaging to your health as air pollution.

The first thing that probably comes to mind is hearing loss. But many people may shrug this off and disregard the warnings of living near highways, listening to loud music, or failing to wear ear protection around loud noises because they’re “young” and everyone loses their hearing when they get old, right?

The leading cause of hearing loss is noise, not aging. Loud noises destroy the hair cells in your ear responsible for transmitting sound, and once they are damaged or destroyed they cannot be regrown or repaired. So regardless of your age, if you damage your hearing mechanisms, your hearing is gone. Likewise, if you protect your ears and your hearing abilities, you won’t have to yell “happy birthday” on the phone to your grandkids when you’re older.

So how is sound classified? Sound intensity is measured in decibels, with a regular conversation being at about 60 decibels. Once the sound intensity gets above that, there is the potential for damage. Exposure to sound is regulated by intensity and duration, so the more intense the sound is, the less exposure you should have to it.

But hearing loss is only the tip of the iceberg. Research has found a strong link between noise pollution and heart disease, which is the number #1 cause of death in America. A study in the EU found a direct correlation with sound and heart disease, and that for every 10-decibel increase in sound, there is a 12 percent increase in the risk for a heart attack. What’s alarming is that the threshold begins at 45 decibels, which is lower than the sound of a typical conversation.

The mechanism responsible for translating noise into a cardiovascular event is our body’s stress response, which is controlled mostly by the autonomic nervous system, over which we have little or no control. When a loud noise is heard, your body releases adrenaline in preparation for the fight-or-flight response. Your blood vessels constrict, your heart starts racing, your muscles tense up, and your blood pressure rises. It is a useful response when we’re faced with a real threat, but when we’re constantly exposed to loud noises that trigger this response our bodies will begin to suffer from the elevated blood pressure and stress hormones in our systems.

To prevent the possible damaging health effects of living near a highway or other source of noise pollution, consider installing sound-proof walls or barriers in your home or using some sort of noise blocker. Keep some small ear plugs or other personal noise barrier for any noisy situations you may encounter. Your ability to hear is precious and fragile, so protect it as best you can.

While noise pollution is important to consider, other factors also add to the danger of living near a busy road. A study published in the American Heart Association journal Circulation found that living close to a major road increased a woman’s risk of dying from sudden cardiac death as much as smoking or obesity. Researchers guess that fine particles in the air surrounding these roads are to blame, though they aren’t sure exactly what causes the drastic rise health risk.

The Power of Expression: Art and the Mind

Wed Sep 2 , 2020
Painting Credit: Wade Richardson How art is connected with wellbeing Humans are drawn to different forms of expression, even as infants. Most children spend countless hours with crayons, even toddlers love to dance, and many can’t help but sing. It is within our nature to be have interest in the […]