Even though romantic comedies are not the most popular genre of movies amongst men, they are, however, socially accepted, high budget, high profit blockbusters that star America’s sweethearts. Many of them are torn apart by film critics, but audiences around the world still gather to watch two star-crossed lovers come together on screen. Every nation in the world is crazy about a good love story. No one is picketing in the streets to have rom-coms removed from theaters.

Pornography, on the other hand, is often seen as the dark, seedy, underbelly of the cinema world by devout members of different faiths and irreligious people alike. Many argue that it’s simply entertainment of the same variety as rom-coms, yet there is a definite stigma attached to pornography consumption. No one’s ever been accused of being addicted Meg Ryan movies, but millions of people struggle with a “pornography addiction.” So, on the surface they couldn’t be more different, could they?

Case in point, why don’t more husbands or boyfriends bring women flowers in the pouring rain, using all manner of obscenely sentimental and beautifully phrased compliments before apologizing for being a fool and doing something wrong? Because that’s not very likely, considering men are human and make mistakes (just like women). But Hollywood sells us on the aforementioned scenes as enhanced versions of real life. Pornography is arguably an attempt to do the same. The problem is that enhanced versions of real life are not real life.

Much has been written about the toxic effects of pornography and its consequences for relationships (particularly for men). Decidedly less attention, however, has been paid to the negative influence mass media (romantic comedies, books, TV, et al.) have all had on our understanding of relationships (but particularly for women). If pornography is responsible for warping men’s perception of women, then it seems fair to say that romantic comedies are just as much to blame for some of the unrealistic expectations women harbor when it comes to relationships.

What about romantic comedies? Surely, a rom-com with no explicit material is pretty harmless, right? Well, maybe not.

“Relationship counselors often face common misconceptions in their clients—that if your partner truly loves you they’d know what you need without you communicating it, or that your soul mate is predestined. We did a rigorous content analysis of romantic comedies and found that the same issues were being portrayed in these films,” the university’s Dr. Bjarne Holmes says.

This all begs the question: how do we distinguish between the expectations fostered in us by the pseudo reality of romantic comedies and porn and healthy, well-adjusted expectations for real relationships? It’s not easy, especially considering how inundated we are with this false conception of romance, but the first step has to be realizing that Hollywood makes its money selling us enhanced version of life. These fake, albeit fun to watch, versions of reality are very capable of making us think that real life should look like, feel like, and so on, scenes from the movies. The problem is that life rarely (if ever) feels that way. If we perceive Hollywood magic as reality we’re in for some real problems.

Thu Feb 25 , 2016
How Does Your Wardrobe Affect You? Written by Michael Richardson While society debates modesty, with schools dishing out uniforms and dress codes, moms bemoaning their kids’ apparel and the style-conscious demanding liberation, an important question may be forgotten: how does your clothing make you feel? This question differs from the […] 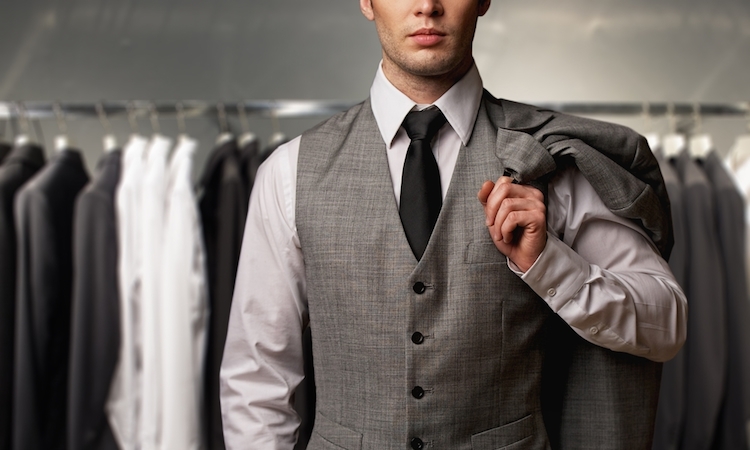