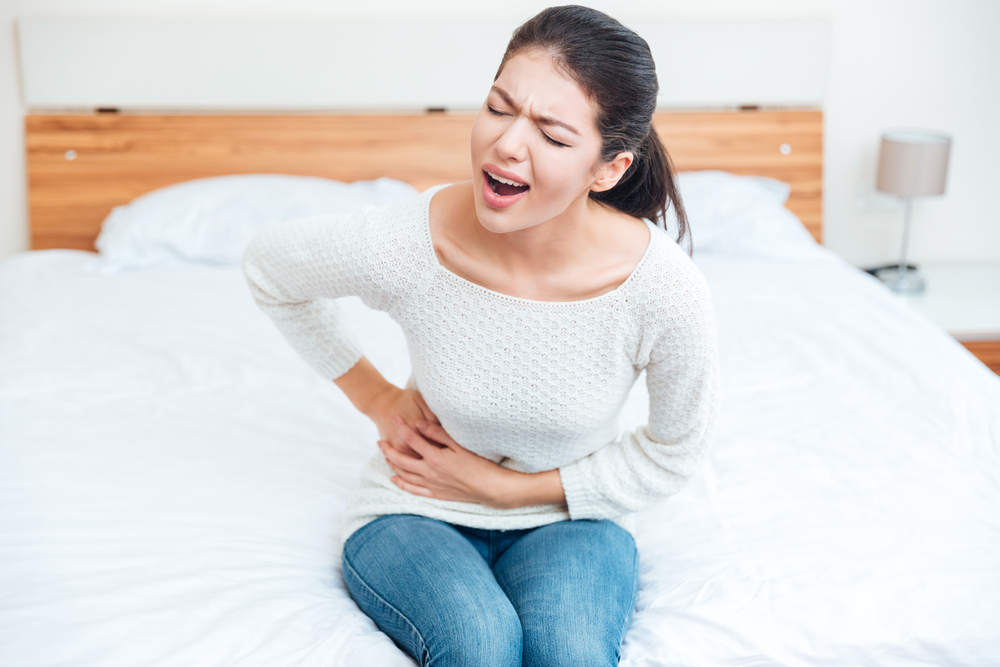 The hospital smelled funny, but that wasn’t new information. To me, hospitals always smell weird. The walls in this room weren’t white; green and blue covered parts of the walls, making me think of the ocean. I could feel the sea air brushing up against me, which put a smile on my face and chills down my spine. I really wanted to believe that I was sitting on the hot sand with the waves crashing at my feet. But I wasn’t. Here I was sitting in an uncomfortable hospital bed waiting for the anesthesia to kick in, while my friends were spending their spring break relaxing at home.

The doctor came in all ready to go. I could hear him talking to my mom about what was about to happen, but my mind wasn’t letting me focus on anything. I caught the end of his speech, “… kidney stone,” which he repeated a lot. The anesthesia was floating around in my blood stream. The doctor told me to count down from 10, so I did.

I waved and smiled at my mom, who was trying to hold back tears but was failing miserably.

My sister smiled and said “see ya later.”

Doctors surrounded my bed as I was being rolled down to the surgery room. My eyes were getting tired; I couldn’t hold them open anymore.

The anesthesiologist glanced down at me and smiled. “We are going to take great care of you,” he said. I nodded.

I was out before I got to one.

It is estimated that 1 in 10 people in the U.S. will pass a kidney stone in their lives. I am one of those lucky number one’s. I passed my first stone in Nov. 2012, and my second came only a month later. Fast forward to September 2015, four more have passed through me with one requiring surgical removal. In the span of three years, I have been in and out of hospitals and doctor’s offices trying to figure out why this happening. To this day, I still don’t have a reason.

I remember sitting in the emergency room for my first stone. It was 4 a.m. and all I could think about was “what the hell is a kidney stone?” From many spent hours online and talking to my doctors, kidney stones are hard objects that are fused together by chemicals in the urine, which takes place in our kidneys.

There are three types: calcium oxalate, uric acid, cystine and struvite, and they can affect any part of our urinary tract – from the kidneys to the bladder. The most common stones are the calcium oxalates, which all mine have been.

Because this was my first stone, I was told to do a 24 hour take-home urine test to try and figure out the cause. This test gives the doctors a detailed look of what’s going on inside my body. For example, they will be able to see my sodium and calcium intake, as well as stone formations. Surprisingly, your urine can tell a lot about you.

The urine test was a fail for me, so it was onto the next possible cause: my diet.
I believe one of the worst things in life is talking to people about what I eat; it makes me uncomfortable and embarrassed. According to my doctors, the diet can be a huge risk factor in the formation of kidney stones. While all patients are told to change their regimens not everyone listens, including myself.

“Most people will want to do everything they can to ensure that it [passing a stone] doesn’t happen again, “says Jhagroo. “Unfortunately, it doesn’t seem to be the case when people aren’t making the changes they need after their first stone event.”

At the time, I was a senior in high school and didn’t want to listen to some stupid advice. I continued to stick to my regular food, which was junk food and pasta.

But then I passed another stone. After another talk with my doctor, and my mom yelling at me, I decided to go cold turkey and cut out all salt and soda from my diet.

Michael Rosen MD, nephrologist at CareMount Medical in New York, says salt kills the taste buds on our tongues. After having it a few times, the foods natural taste will not be good enough unless we add salt to it.

According to the National Kidney Foundation, people who pass kidney stones should limit their salt intake to 2,000 milligrams per day.

With no prior knowledge on nutrition labels, I had no idea how much salt and caffeine I was regularly taking in. Cutting out things like salt made me go crazy. I loved salt. I use to put in on everything. Now it’s the enemy sitting on my kitchen table.

I managed to survive three months before passing another stone on St. Patrick’s Day 2013. I was in my dorm hanging out with my friends when I felt a pain on my right side. Soon, I was on my floor waiting for the ambulance to arrive.

I always thought I would be like a regular college student and get transferred to the hospital for alcohol poisoning, but no. I had to stand out; I had to be different.

It was only two weeks later that I passed my fourth stone.

I was getting frustrated. Doctors say that the diet change would help, but how much did I have to cut before I see a difference?

Meredith Radisch, registered dietitian and nutritionist says patients should follow a low oxalated diet and drink a lot of water.

Oxalates are naturally-occurring substances found in plants, animals and in humans, according to Radisch. They are found in the formation of calcium and in food groups with higher acidic levels, which are things like nuts, blueberries, spinach, and many more.

Before getting more stressed out, I stopped eating most of the processed foods and junk food I have been eating.

I was now having withdrawals. From eating chips, mac and cheese and salt, my body was confused when none of these things were entering my system anymore. It was hard in the beginning. I would see my friends and family eating all of this food that my body craved, and here I was eating healthy foods and drinking my water.

According to an article by Zeynep Gul and Manoj Monga, increasing water intake can reduce the risk of future stones forming.

“With low fluid intake, urine output is decreased and urine flow is slower, both of which increase the risk of stone formation. Current guidelines recommend drinking enough fluids to produce at least 2.5 liters of urine daily,” according to the article.

I stepped up my drinking and a few more months flew by. I thought I finally found something I could live with.

In the middle of a hot June night, I woke up with my whole right side burning. I couldn’t move; I couldn’t breathe. I crawled to my mom’s room and passed out from the pain. I woke up the next morning with the burn still there. It took me almost five days to pass this stone, and during those long days, I made a promise that I wouldn’t have to deal with this pain again.

I went on a mission.

I was driven by the thought of that excruciating pain, and I forced myself to really start eating healthy. Step-by-step I found myself eating vegetables, like broccoli and zucchini, and I slowly started to add salads to my day. I thought, “Ok, I got this. This isn’t so bad.”
But then March 2014 came.

I was sitting in class when I first felt the pain. I was starting to become a natural at this, so I knew right away something was wrong. Three hours later I found myself doped up on hospital drugs, ready to throw up every time I moved. When passing a kidney stone, the hospital can’t really do much other than make you comfortable so the body can push the stone out of you.

But as the drugs hit me, I knew this stone was different. It was happening on my left side and was causing me more pain than usual. I’ve been told stones come in different shapes and sizes. If the stone is less than 5 millimeters, then the stone can pass on its own. Five millimeters and larger are considered the “danger zone”.

I had a feeling I was about to enter it.

It was spring break, a week after discovering the stone, and I was still in pain. Kidney stones are supposed to pass between 24 to 48 hours after they’re found. After more doctor visits, I found the stone stuck between my kidney and urethra tube.

I was put on the schedule for surgery thirty minutes later. The doctors wound up using a non-abrasive surgery called shockwave lithotripsy. This had the surgeons going up urethra and sending waves to break up the stone.

Fortunately, the surgery was a success, and I haven’t passed another stone yet – yet being the keyword.

My body is different than the average person. People can pass up to seven stones a year with no pain or signs of passing one. My body produces more than the average seven, and I have more of a chance to show signs of pain, from what my doctors have said. That is why the change of my diet is so important. It may not be the answer for everyone, but it helped me in the long run. It cut out the risk of going through the agony of passing a stone and creating more damage to my kidneys.

I find myself looking forward to lunch every day because I can’t wait to eat the salads I have in my fridge. I use to eat cookies every day, but now I save them for special moments. The key for me to stay healthy is having food in moderation. I can have my cookies and my mac and cheese, but not all the time.

Although I struggled to find the right diet for me, I wouldn’t change a thing. There’s no telling whether I’ve passed my last kidney stone, but I’ve already showed myself that I am doing the best I can do to better myself.

One thought on “The Bright Side of Kidney Stones”

Ten Myths Vs. Facts About Preventing A Cold

Mon Dec 12 , 2016
Written by Joe Alton, M.D. The common cold is an infection caused, usually, by a virus in the Rhinovirus or Coronavirus family, although a number of others have been implicated. Affecting the upper respiratory system (nose, throat, sinuses), it’s a (very) rare individual that hasn’t dealt with a cold at […] 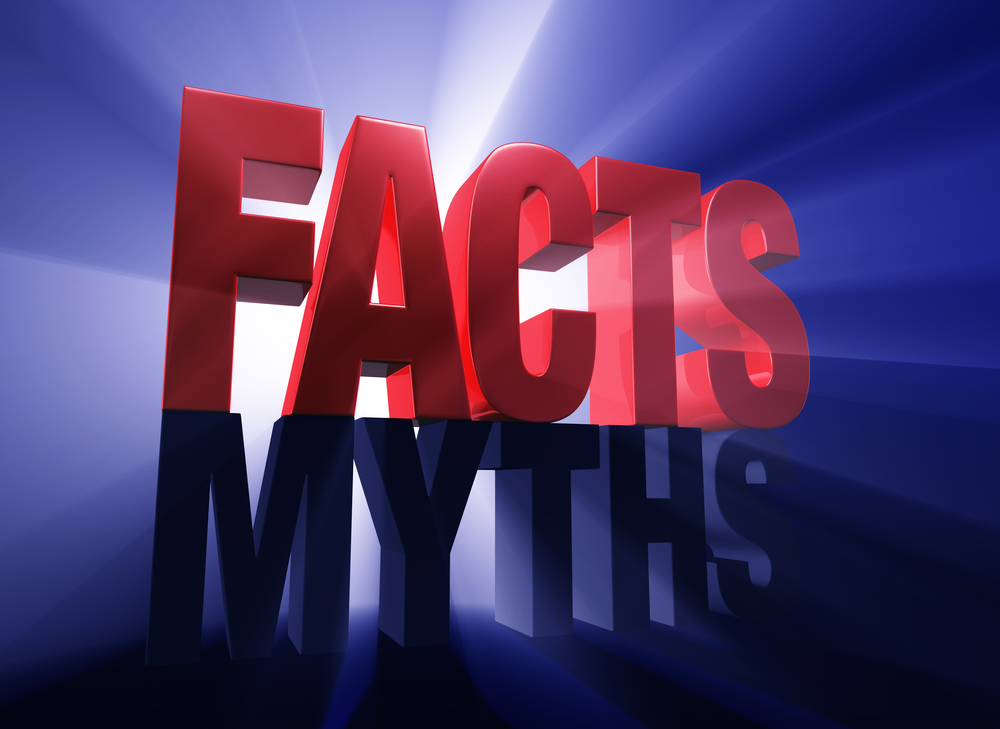