What do Congressmen, billionaires and just about everybody on Twitter have in common? If you guessed, “They all share an unreasonable fear bordering on hysteria over the Ebola virus,” then you’re really good at guessing things. Like, really good. But back to the point—a quick glance at the Twitter-sphere will reveal the extent of the panic that’s beginning to grip Americans. Don’t be surprised to see lots of people speculatively asking, “how can we bring these patients to our country,” or “the last thing Americans need is to import Ebola patients!”

Yes, Ebola is a terrifying disease. It’s beyond aggressively infectious. It typically kills 90 percent of the the unfortunate people who contract it. Furthermore, this is the largest outbreak of Ebola in recent history, but the truth is that we don’t need to panic or worry.

We may not have a vaccine or a cure, but doctors understand Ebola. It is a disease that can be controlled. We’re not facing some modern day iteration of the bubonic plague. It’s not some mythical pathogen you can contract by making eye contact or some other more bizarre mode of transmission.

Ebola can be contained and controlled with little more than simple hygiene.

“Ebola is a virus that can be stopped and not spread in hospitals. The stakes are higher, but it’s easily inactivated with typical hospital disinfectants,” said Centers for Disease Control and Prevention Director Tom Frieden.

If you were to begin ranking viruses from strongest and most resilient to the most fragile, Ebola is going to be on the latter end of that spectrum. It’s not the kind of virus that can travel through the air and it doesn’t move easily from human to human like a common cold or the flu. Simply put, it’s not a very contagious disease.

“The Ebola virus spreads through direct contact with the blood, secretions or other body fluids of ill people and indirect contact—for example, with needles and other things that may be contaminated with these fluids,” said Stephan Monroe, deputy director of the Centers for Disease Control’s National Center for Emerging Zoonotic and Infectious Diseases.

We’re ready to contain it.

Both American patients with Ebola were transported back to the United States in a special isolation pod to limit possible exposure. Furthermore, both are being treated in a containment a specialized containment ward, one of four in the country. So, it’s not as if these people are loose among crowds. In fact, the Americans who face the largest risk of infection are health care workers and medical staff in direct contact with infected patients. Even these are not at great risk given they follow fundamental hygiene protocols.

According to all the experts, our medical professionals are prepared for a scenario just like the one we face now. Medical workers across the country are monitoring patients who have recently been to West Africa and they are trained to recognize Ebola cases and quarantine them early.

In conclusion, it’s easy to understand why people are frightened of a disease that is preceded by such a nasty and fatal reputation. Ultimately, health experts have assured us that the threat to Americans is marginal.

Fri Aug 7 , 2020
Sports injuries are the second leading cause of emergency room visits for children and adolescents Written by Brooke Kittel Participation in youth sports is at an all-time high in the United States. The proliferation of club-type teams has opened the sporting arena to a much wider circle of kids than […] 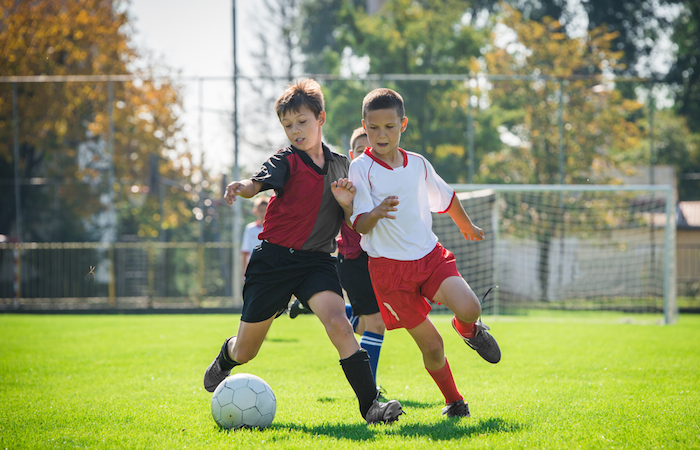