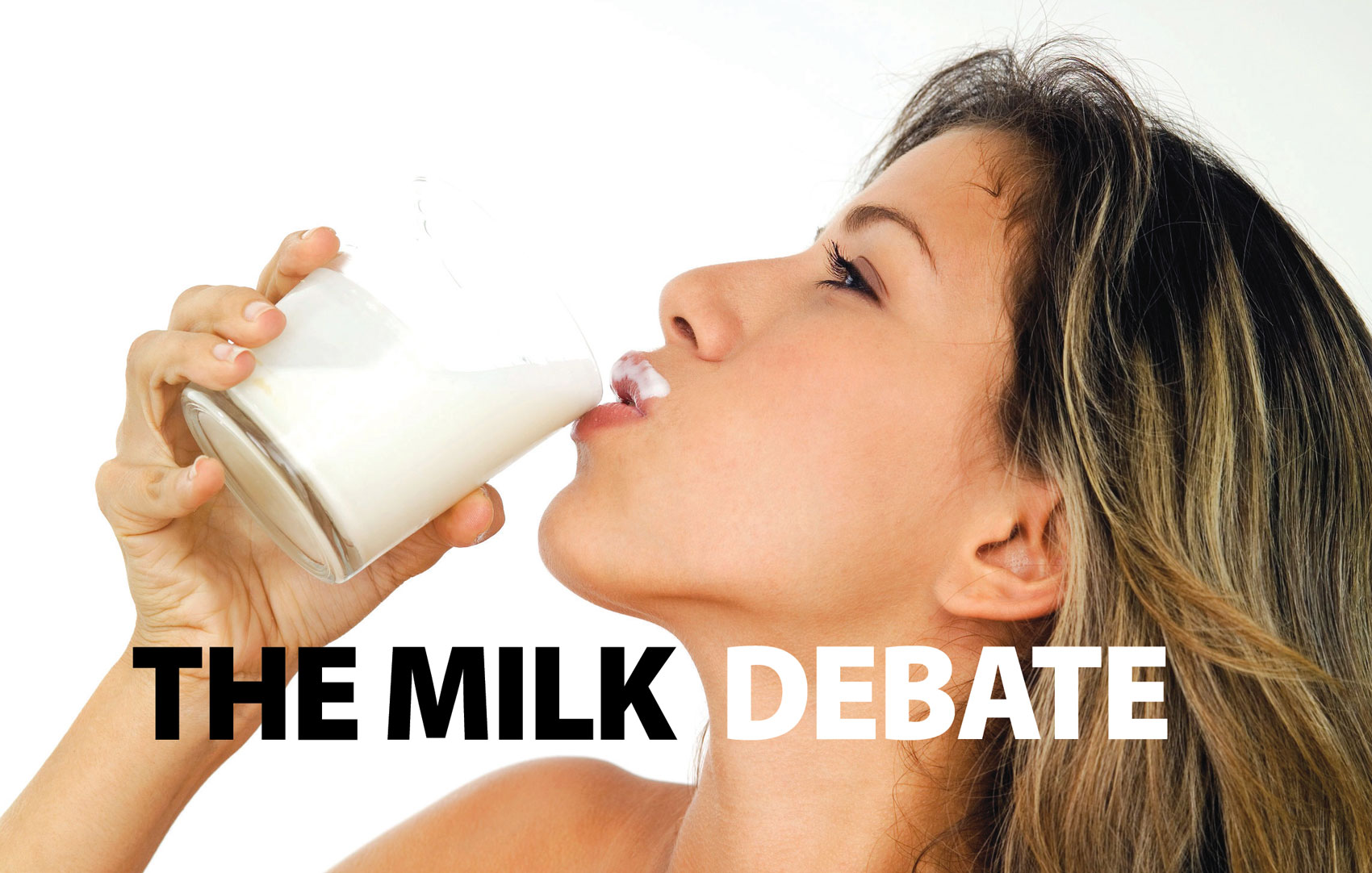 What’s the story with milk? Is it healthy or harmful? Depends on who you ask.

Written by John A. Anderson, Editor in Chief

If you’re interested in a nutritional debate – talk milk. There are definitely two sides to that issue. The pro-milk campaign is featured prominently by the dairy industry through a variety of interesting websites like moomilk.com, milkmustache.com, and most widely known, gotmilk.com. But what is interesting is the blatant anti-milk campaign that many are not aware of, including notmilk.com, and of course, PETA’s milksucks.com. There’s even a useful milk debate mediation site with interesting information—milk.procon.org

With no apologies, the Dairy Education Board comes right out and states, “Milk is a deadly poison.” Their special interest website—notmilk.com oozed with articles about the purported evils of this popular beverage. Their startling claims are many, including their insistence that milk from cows contains cancer-causing hormones and dairy industry dollars have kept that fact bottled up. We tend to be pro-milkers, but it certainly makes you think twice before you dunk your next Oreo.

When you ‘google’ the topic there is a general consensus that milk is healthy, aiding with both fat loss and muscle building. So what’s with all these vehement anti-milk claims? And, is there truly a conspiratorial edge to the pro-milk propaganda? We consulted our panel of nutritionists on this topic, and delved into the research….You be the judge.

So, does milk burn fat?

Possibly. Again, this is a debate. Many researchers and dairy councils say yes. On the other hand, there are nutritionists who question the findings. Recently, however, researchers at the University of Tennessee ran studies for six months and documented that overweight people who ate three servings a day of calcium-rich dairy lost more belly fat than those who followed a similar diet minus two or more of the dairy servings. Furthermore, they assessed the effectiveness of calcium supplements in place of actual dairy, and found that it didn’t achieve the same results. Their findings indicate that, although the calcium may increase the body’s fat burning abilities, it was the other active compounds in dairy products (such as milk proteins) which gave the additional fat-burning effect. Obviously, the key ingredient to a weight-loss regimen is to adhere to a weight-loss diet to begin with. So, that Oreo dunk contest I referred to earlier is certainly no way to down your dairy with hopes of losing the love handles.

Almost unanimously, researcher say yes. With a protein ration of about 80 percent casein and 20 percent whey, enthusiasts call milk one of the best muscle foods on earth. The high-quality protein content is key. Whey is a ‘fast-protein’ that quickly becomes amino-acids absorbed into the bloodstream. Couple the whey with Casein, which is digested more slowly, and milk is a highly successful post-workout protein. Milk is ideal for providing your body with a steady supply of smaller amounts of protein for a longer period of time—like between meals or while you sleep. Since milk provides both, one big glass gives your body an ideal combination of muscle-building proteins.

What about harmful antibiotics in milk?

It’s unclear. The milk adversaries argue that drinking milk from cows given antibiotics promotes human antibiotic resistance. But there is no real evidence or science to the submission. The thought does make you wonder, and if mulling this over makes you wary, there are anti-biotic (and hormone) free milk varieties available at many stores, including Trader Joe’s or Whole Foods. If your local store carries options, look for USDA-certified organic milk.

Speaking of hormones in milk….

Maybe you’re aware of the hormone use on dairy farms, but if not, bottom line is that in 1993 the FDA approved the use of recombinant bovine growth hormone (rBGH) in cattle. Why would a farmer use rBGH? Efficiencies. The net effect is more milk production at less cost to the dairy farmer, and therefore, less cost to us. But this alone is the key element of the milk debate. One side-effect is that rBGH elevates milk’s assemblage of cancer-linked hormone IGF (insulin-like growth factor). But here’s the catch. Digestion destroys the IGF hormone before it can have any effect, in contrast to typical steroid hormones, which can be taken orally. So for rBGH and IGF to have any sour effect, you’d have to inject them and avoid the digestion process. In other words, drinking milk from hormone-treated cows doesn’t transfer the active form of these chemicals to your body. Still, you can soundly debate the ethics of injecting the cows. One study found that hormone-injected cattle are more likely to develop mastitis, an udder infection.

Call this a debate within an debate. Jacob H. Nielsen, PhD, with the Danish Institute of Agricultural Sciences reports that “Organically reared cows, which eat high levels of fresh grass, clover pasture and grass cover silage, produced milk which is on average 50% higher in vitamin E (alpha tocopherol), 75% higher in beta carotene (which our bodies convert to vitamin A) and two to three times higher in the antioxidants lutein and zeaxanthine than non-organic milk… In addition, we found higher levels of omega 3 essential fatty acids.”

On the other hand…the National Dairy Council says, “There is no difference between organic and regular milk. Both contain the same unique package of nutrients that makes dairy products an important part of a healthy diet. An 8-ounce serving of organic or regular milk offers the same amount of nine essential nutrients, including calcium, vitamin D and potassium. Strict government standards ensure that regular milk is just as pure, safe, and nutritious as organic milk. “

Here’s an area for you to do your own research. In the end, it may just come down to taste and tolerance.

Here’s a milk topic that varies depending on the study, and the year. The Annals of Internal Medicine recently published that those who ate the most high-fat dairy products, like whole milk, butter, and cheddar cheese, had about a 60 percent lower risk of developing adult-onset diabetes over 14 years than those who opted for skim milk and fat-free yogurt. However, the Journal of the American Dietetic Association suggests that seniors over 70 who eat a low-fat diet with lots of fruits and vegetables have a 40 percent lower risk of dying within the next 10 years than those who eat the most whole milk, butter, and cheddar cheese. So, let’s get this straight—Death or diabetes?

Also, the majority of scientific studies show that drinking whole milk actually improves cholesterol levels, just not as much as drinking skim does. However, Danish researchers found that men who consumed a diet rich in whole milk experienced a slight increase in LDL cholesterol (six points). Dig into the study a bit and you see that these men drank six 8-ounce glasses a day. That’s a lot of milk. However, their triglycerides–another marker of heart-disease risk—decreased by 22 percent. On this issue, Men’s Heath Magazine says this: Drinking two to three glasses of milk a day, whether it’s skim, 2 percent, or whole, lowers the likelihood of both heart attack and stroke—a finding confirmed by British scientists.

If you’re dieting, the lower-fat option is an easy way to save a few calories. When it comes to building muscle, though, whole milk may be your best choice: Scientists at the University of Texas in Galveston found that drinking whole milk after lifting weights boosted muscle protein synthesis—an indicator of muscle growth—2.8 times more than drinking skim did.

What do we think we know?

At the end of the day, the milk-debate is in the mouth of the beholder. Pardon the mixed-metaphor, but it’s not a clear cut issue, and it’s hard to find the middle ground on a hotly divided topic. On one side, we have groups like the PCRM and PETA (read: Milk is evil).

On the other end of the spectrum is the Dairy Association (read: milk is essential for optimal health). In addition to health debates, there are political, ethical and environmental factors to consider. So, what have we learned from research?

Well, when 400,000 adults were tracked worldwide for 28 years in a study not funded by the dairy industry, those who drank the most milk had lower risk of heart disease and stroke than those who drank little or no milk. Yet, there is now a worldwide increase in hormone-related cancers. Cow’s milk is a source of estrogens and insulin-like growth factor (IGF-1), which can cause irregular cell multiplication. Still, any correlations between breast and prostate cancers tend to disappear when adjustments are made for excess consumption of other animal products – namely red meat.

What else do we think we know about milk? Allegedly milk drinking may increase the risk of ovarian cancer, however it has been shown to decrease the risk of colorectal cancers – which are far more common. And, there is currently no evidence of a link between milk consumption and type I diabetes. And about 70% of the population has some degree of lactose intolerance, which can be problematic for milk drinkers, but there are lactose-reduced options available. Also, cheese and yogurt have far less lactose and don’t tend to cause problems.

And, I’m sure we’ll take heat for this one, but the once promising research that 3 servings of milk products per day leads to weight loss has withered a bit. Well-conducted, non-industry sponsored research has shown little to no benefit of dairy consumption in the battle of the bulge. New research published in Nutrition Reviews has looked at 49 trials that examined dairy and weight loss: “Of the 49 trials, 41 showed no effects of diary or calcium on weight, two showed an increase in body weight with a dairy regimen, one showed a lower rate of weight gain and only five showed weight loss.”

Milk’s fantastic. But probably not the udder solution living up to its every hype. You can have a perfectly healthy diet with or without it. And, milk is not the root of all evil as suggested by the agenda-driven alarmists. 1-3 daily servings of dairy is probably sufficient for the vitamin/minerals and not enough to spark any health concerns. Calcium? Milk and other dairy products are likely the best way to get adequate calcium, just not the only way. Think grean-leafys with an abundance calcium supply. Also, supplementing with vitamin D is also advisable to make the calcium usable to the bones. The Dairy Diet? Don’t rely on your glass of milk, bowl or yogurt or hunk of cheese as your diet foundation. Caloric intake and burn are a much larger factor in the weight-loss equation.

We’d love to hear your moooving milk musings, and will udderly respect your opinion. Send all responses to milkdebate@healthy-mag.com. Go to our website and make comments there, or read others.

http://www.leadfront.io
I like helping concepts come to life and succeed. I'm a strategic visionary, entrepreneurial “people builder” with 20+ years of experience helping companies define and realize their paths for success. Data storytelling, engagement focused, digital marketing leader, accomplished in diverse angles of online marketing, biz-dev, and strategic relationship cultivation. A unique blend of genuine personality and energetic team leader skills. With a love of life, learning and laughter, I revel in the world of creativity, connectivity, engagement, strategy and design. Once that fire is lit, it's hard to douse the entrepreneurial drive to communicate, collaborate, craft and create.

One thought on “The Milk Debate”

Mon May 9 , 2016
Study Shows Why It’s Hard To Keep Weight Off For years, studies of obesity have found that soon after fat people lost weight, their metabolism slowed and they experienced hormonal changes that increased their appetites. Scientists hypothesized that these biological changes could explain why most obese dieters quickly gained back […] 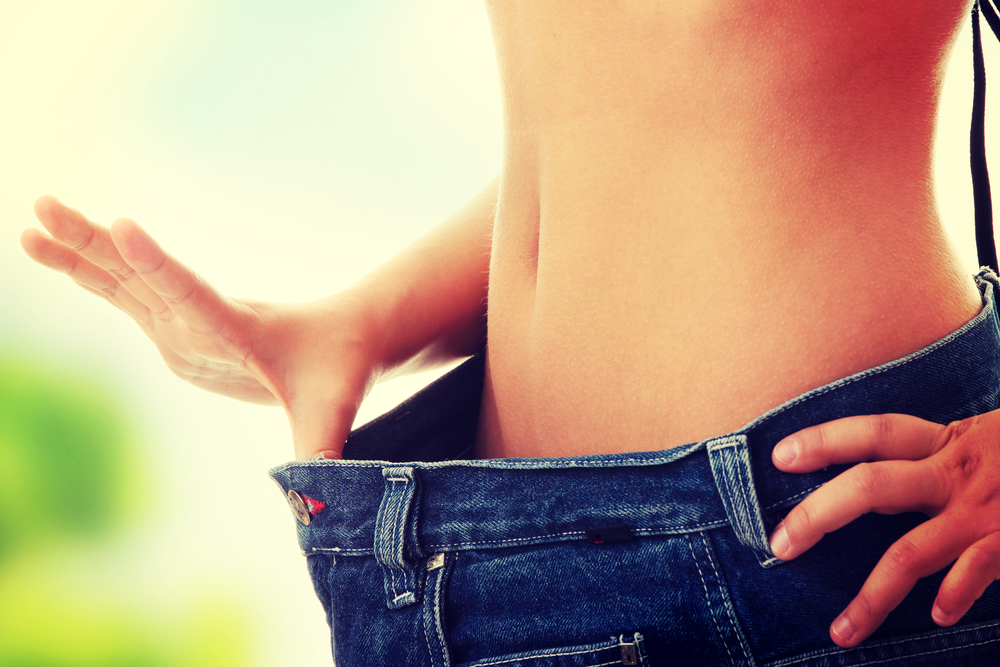