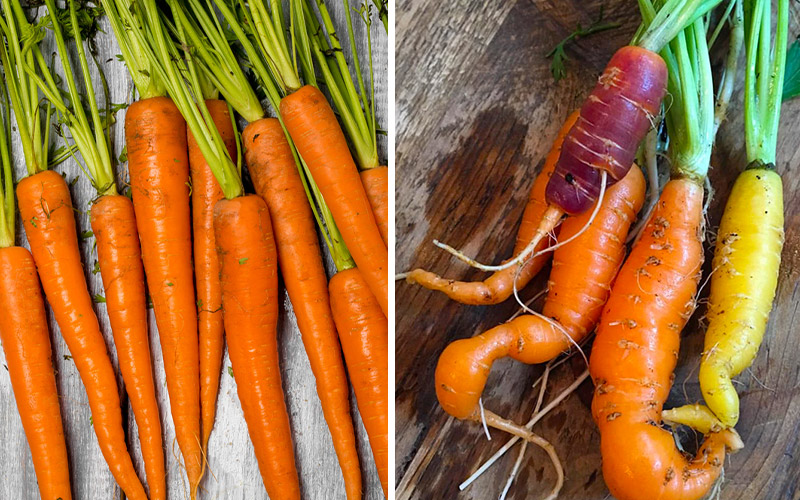 Why we demand and create beautiful produce, and why some people are fighting for ugly fruit and vegetables.

We love it when fruit in the grocery store looks beautiful, and when each piece looks like the one next to it. No bumps, no holes, no lop-sidedness, or it won’t get bought, be it apples, oranges, pears, carrots or plums. It has to be like, super pretty.

This grocery store beauty contest is a little silly; too often, consumers don’t shop for freshness, taste or ripeness, but for appearance. And it’s not just the consumer’s fault; the USDA mandates that commercially grown fruit must be 90 percent blemish free. Perfect-looking fruit is simply what we’ve come to expect.

The problem is, taste and quality have little to do with outward appearance. Anyone who has spent time in orchards and gardens knows that excellent produce doesn’t always look symmetrical and flawless. But somehow, that hasn’t translated to the general population and produce economics. The supermarket produce world is one of tight-gripped quality control, cosmetic masks and overwhelming waste.

6 Billion Pounds
The amount of produce thrown away each year because of its appearance.
Source: National Resources Defense Council

Wax On, Wax Off

To improve the appearance of produce, many producers cover their fruit and vegetables in various kinds of wax. The wax can also prevent moisture loss, protect from bruising, and increase shelf life.

Commercial producers began waxing citrus in the 1920s to extend shelf life. Now, waxes come in a wide variety, both natural or synthetic. Different kinds of wax for produce includes:

The synthetic waxes can have some questionable ingredients. Unfortunately, many wax “recipes” are proprietary, meaning they are kept secret from competitors, so consumers don’t know what’s in them. Some are concerned that the wax seals in pesticides, though the fruit is always cleaned before wax application.

In the waxing process, the natural wax produced by the fruits and veggies is removed by washing, and then whatever wax the grower uses is applied. Dyes are sometimes used with the wax to further improve appearance. Organically grown fruits and vegetables don’t have a synthetic (petroleum-based) wax coating, which is one benefit of shopping organic.

If you don’t want to eat the wax, the Environmental Protection Agency says using baking soda to scrub the fruit can remove it. Others use vinegar.

Various large supermarkets are starting to integrate the sale of “ugly” produce in order to curb waste. Even Walmart is part of the movement. The Imperfectly Delicious Produce (IDP) program from the Bon Appetit Management Co. buys up imperfect produce and uses it in cafes across the country.

“Vast amounts of produce go unharvested, left in the fields because they don’t meet stringent cosmetic standards for shape, size, and color,” IDP says on their website. “Wasted food is also an environmental disaster. When we waste food, we waste all the resources — the water, oil, chemicals, land, and labor — that went into growing and processing it. Food in landfills decomposes and emits methane, the greenhouse gas that’s 20 to 25 times more powerful than carbon dioxide.”

Locally, there are many small movements across the nation that buy up excess, imperfect produce and resell it. Look for a group in your area to help curb the waste (and save money, because it’s cheaper).

73% of shoppers are open to buying imperfect fruit and vegetables.

Consumers who’d rather not or cannot find ugly produce can help curb waste and eat better by becoming more familiar with the seasonality of different fruits and vegetables. Instead of shopping by appearance, start shopping by ripeness. Various apps can help with this, like Perfect Produce and Harvest.

The Case for Chores

Thu Jul 6 , 2017
Written by Caitlin Schille Most of us can easily recall the days of childhood chores. Maybe your family had a chore chart or chore wheel. Maybe chores were used as a form of punishment—in my family, the threat of weeding the ivy growing over the rock wall in our backyard […] 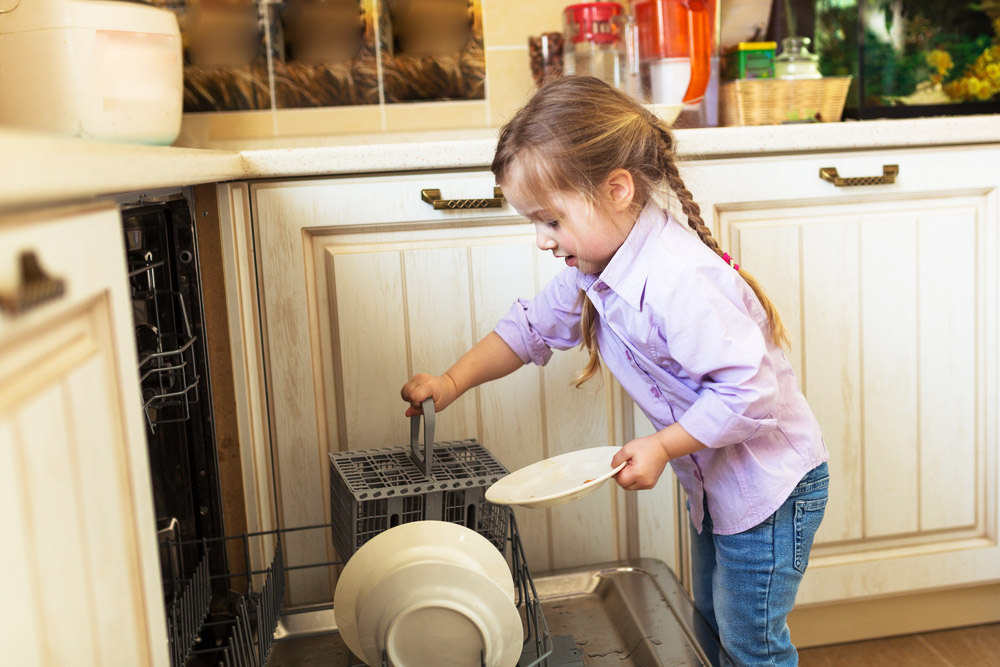