Why going au naturale could save you

You may not work as a welder or miner, but exposure to the heavy metal cadmium is no longer limited to those occupations. Cadmium is most frequently found in batteries and cigarette smoke, but it’s slowly becoming part of everyday items. It’s well established that exposure can lead to adverse health effects such as kidney and lung conditions. However, two new studies link the metal to breast cancer, citing its estrogen-like properties as the likely reason. Rates vary depending on the kind of exposure.

Ways We are Exposed to Cadmium Food

In a study published March 2012 in the journal Cancer Research, Swedish researchers examined the relationship between cadmium-containing diets and breast cancer. In all, nearly 56,000 women were tracked for just over 12 years. Those whose diets were high in cadmium showed a 21 percent incident rate in terms of developing breast cancer. Foods to watch out for: seaweed, fish and other seafood such as crab and — hate to say it — chocolate.

A second study presented last month at the American Society for Biochemistry and Molecular Biology shows that low doses of cadmium still put women at risk for breast cancer if exposed to it over a long period of time. One form of chronic exposure to cadmium is jewelry which can shed its metals with wear and thereby be ingested. In 2011, 26 companies, including Forever21 Inc., Gap Inc. and Target Corp., were brought to trial by a California environmental group concerned about the rate of cadmium in the stores’ products — particularly jewelry. The result was a 0.03 percent cap in store products.

After examining 49 makeup products, researchers from Environmental Defence in Canada revealed that 51 percent of the products contain cadmium. Lead was present in 96 percent of the products. In neither case were these ingredients listed on the label. Just some of the brands found guilty were Clinique, Laura Mercier, MAC, Sephora and L’Oreal.

In a lot of ways, cadmium is essentially ubiquitous in American culture — invading what we eat and what we wear. Ultimately, the best way to stay safe is the same way doctors have been advising for years: eat your vegetables (women with diets high in grains and veggies had lower instances of cancer) and go as organic and au naturale as possible. And maybe suggest to your man that he bring home 100 percent silver and gold instead of chocolate next Valentine’s Day.

Ways to Use Deodorant Besides On Armpits

Fri Jan 17 , 2020
Deodorant’s Multiple Uses: If you’re only using deodorant for one reason, you’re missing out! Here are a few different ways you can put your deodorant to good use: Stinky Feet: Your armpits may not be the only place that smells. If your feet tend to get stinky and sweaty, rub […] 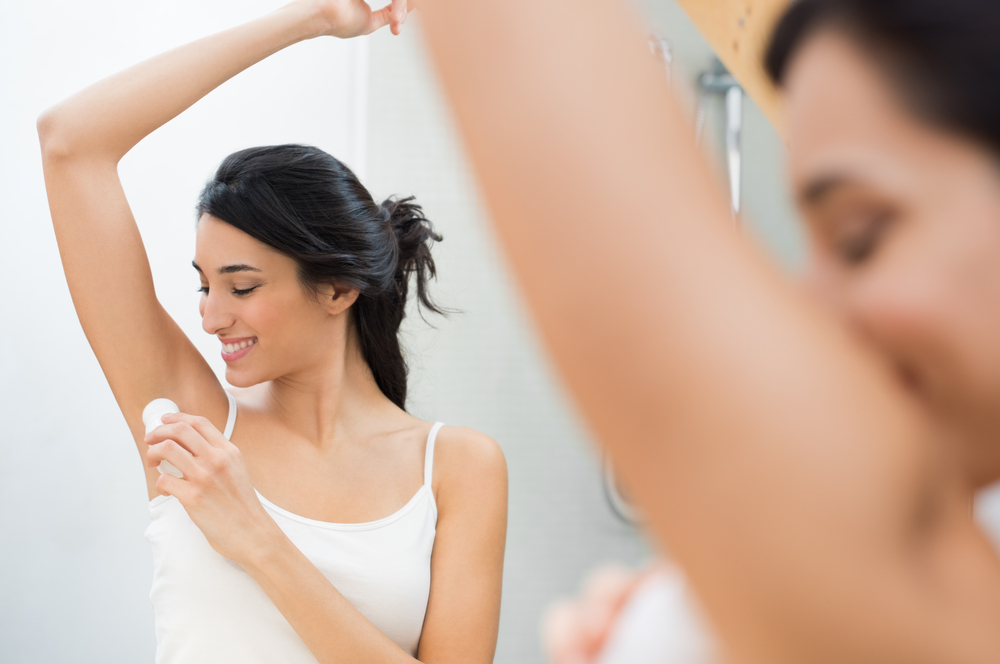