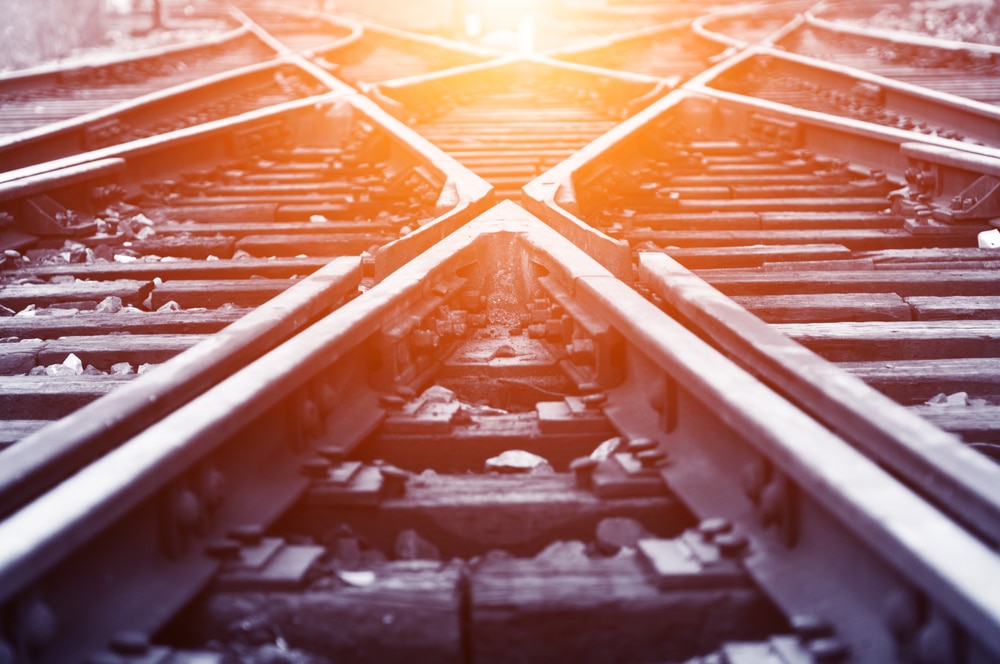 Excerpted from Two Minutes from the Abyss

Change Begins from Within

You are like a magnet. When your polarity changes, you automatically attract change. Change starts from within, going out in concentric circles. The strongest pull of the magnet is felt by the inner most circle. The people who are closest to you will feel it first. It begins with you making a concerted, conscious effort and it begins with you breaking free of habit. A habit is the shackle. It holds you back. It restrains you. Begin by breaking habits, good or bad. Habits need to be broken simply to allow change to progress.

Change is like going uphill. It’s not easy. It was never meant to be easy. Expecting it to be easy will be your downfall. Change inevitably brings you into the circle of others who are experiencing the same thing. That is the beauty of change. Those around you who are not willing to change will fall away and you will find yourself surrounded by those who motivate you to change and who are themselves changing.

Change Has an Overlapping Effect

Changes do not happen in one cycle. It takes many cycles for real change to be effected. One set of changes lead to another, very much like waves breaking upon the shore. A friend and I were once discussing the topic of change while sitting by a rocky outcrop by the sea watching waves crash against the rocks. I said the waves had created a change in the rock formation over the centuries. My friend’s response was a much deeper observation of the same phenomena. It was so poetic and powerful that it has stayed with me all these years.

She said that each wave that crashed into the rocks was a metaphor for change. She said the rocks represented the challenges we face in life. As the waves keep crashing into the rocks, the rocks eventually dissipate. They crack, they crumble, and they fall, eventually becoming pebbles and then further disintegrating into sand. The bigger the wave, the greater the impact on the rock. Similarly, as we keep making changes in our lives, the challenges we face slowly diminish. The bigger the change, the greater the impact on the challenge. One wave does not do it all. It requires constant overlapping changes.

Change, like the waves crashing into the sea, must continuously overlap all aspects of your life—mental, physical, and spiritual. Nothing must stand still for not changing, is dying.

Change will leave you different, but it will also prepare you for another level of change. There is a vibrational effect to each change that has an impact on every sphere of your life. If you were to make changes in a more disciplined manner, those changes would automatically have an almost universal impact on your mental, physical, and spiritual life. It is only when that happens, that your actual standards begin to change. This will result in you recognizing that a change that started out to be a major one, ends up being not that big. By the time the change itself takes impact, you will have evolved and your expectations and standards will have also evolved. Thus, the change in this new context becomes belittled.

The degree of change intensifies as you go through the process of changing. Change invariably attracts more change.

Here, an important question arises. Can change be bad or turn into something bad? Absolutely. But even bad change is better than no change because not changing is the worst possible thing that can happen. Not changing leaves you decrepit and isolated from the world because nature herself is in a process of continuous flux. Hence, things are changing irreversibly around you all the time.

For example, those of you who left to move to another city for work or other reasons will always be astounded by the changes you see when you return to your hometown. More often than not, your hometown will not look like the city you left behind. The landscape may have changed; friends and family may have changed; and habits and lifestyles may have changed and adapted to newer trends and modalities of the day. If you do not also change during those years, you will feel left in time. Your memories of your particular time in that place will simply not fit the place you come back to.

People become much more reluctant to change as they head into the final years of their life. The world seems bewildering, very different from the one they were born into. They find themselves unable to adapt thereby inevitably becoming bystanders. This is understandable at this point in life, but not when you are in the midst of life. You cannot and must not stop. Any kind of change is better than not changing at all.

Change can sometimes result in undesirable outcomes. This is a downside to change. Change can cause us to fall, stumble, or pick up unsavory habits or addictions. Change can bring us to our knees. Recovering from these experiences (provided we do not succumb to them) is sobering, yet rejuvenating. It is invariably a part of growing up. Not all change is easy or comfortable. In fact, change is rarely perfect, good, or wonderful, but any change is better than no change.

The Price of Change is Pain

There is no question in my mind that people flee from change because of the price they have to pay for it. They resent change because they view it with fear.

Change does not eradicate fear, but it has the power to harness fear into what I call a higher level of excitement, awareness, and an intrinsic yearning for life. The same fear that holds some people back drives others to climb the highest mountains, plunge to the depths of the oceans, go bungee jumping or skydiving, or even ride a roller coaster. The prize is simply mastering that feeling. The freezing sensation that fills your very being as you prepare to step off of a cliff, or leap from a plane 30,000 feet up in the air has to be mastered before it masters you. That feeling freezes you, but once you overcome it, it frees you. Getting past that feeling or that fear is the challenge.

Here’s the deal. The fear of the unknown is probably the most prevalent of all our fears. It stops us from expanding our mind, learning a new language, exploring a new place, or speaking to a someone who is new to town.

You can either convert that fear into excitement and energy, or succumb to it. There is always someone who walks away from the edge of the cliff. Someone who allows his fear to numb him, dissipate him, and destroy him. To these people I say: Keep taking those steps. Keep going back to that cliff. Keep taking that step forward until you are able to take the plunge. The euphoria of conquering fear is the most wonderful thing one can experience on the journey to change.

Some Things Should Never Change

Some things are not meant for change. The values you are inculcated with as a child—the ones that explain what is good and right—will remain constant throughout your life. Take the example of a soldier. Many soldiers come back from war with post-traumatic stress disorder (PTSD) because even if they feel the cause is a good one, killing is still killing. A human mind is not structured to kill with abandon so the killing experience often traumatizes soldiers.

Our principles in life, the ones that tell us to be good, and do good, cannot change. However, they should grow and evolve in depth. One should become aware of the many layers and intricacies involved in truth, in goodness, and in fair play. This should be done without changing the nature of goodness itself. Doing good or being good is simply good. Your conscience can’t tell the difference.

Similarly, doing bad or being bad is just simply bad. Whether you pull the wings off of a butterfly, or chop a man with a machete, violence is bad. Violence cannot and should not evolve from change. It is not change. Sadly, violence is the deterioration of your values. It is not progress, it is regression. Hence, knowing the nature of your change is fundamentally important.

Likewise, love and truth are two very fundamental elements that need to grow without needing to change in form. As you grow older and wiser, and presumably as you change for the better, your fundamental value system should evolve as part of your change process. This is a result of the evolution within you. Your values and your principles have grown and have evolved as a result of the changes you have experienced. This evolution is not by itself a conscious change on your part. It is simply growth.

Vijay Eswaran is a successful entrepreneur, motivational speaker, and philanthropist and the author of the best-selling book In the Sphere of Silence. An economist by training, he is the founder of a multimillion-dollar global business,

A well-known thought leader in Asia, he has written and spoken extensively about business, leadership, personal development, and life management. His new book Two Minutes from the Abyss published by Networking Times Press is now available as an eBook on Amazon. 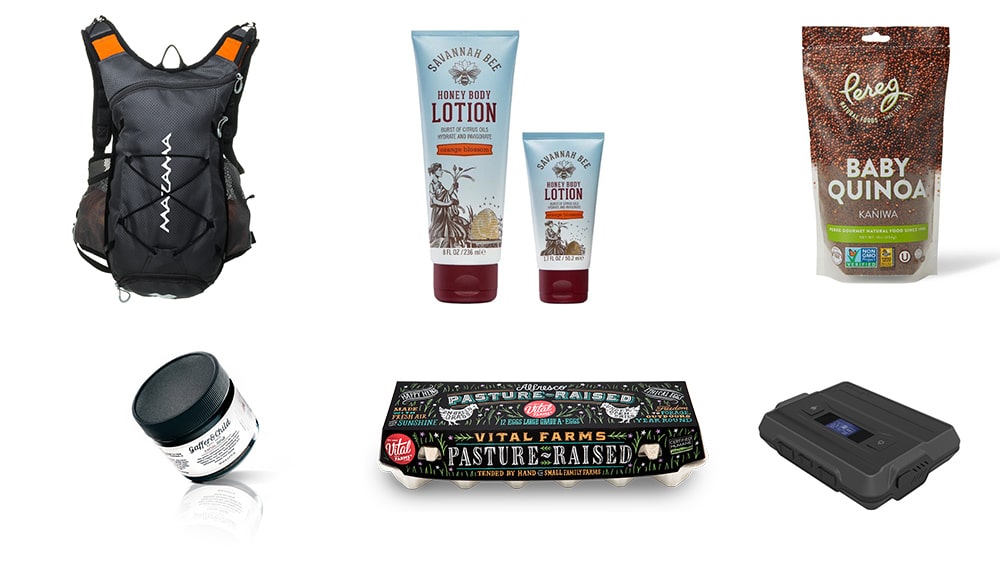